Time banks and the new creative economy From musicians to health workers, huge numbers of people can benefit from the skill-sharing and cooperation that timebanking generates 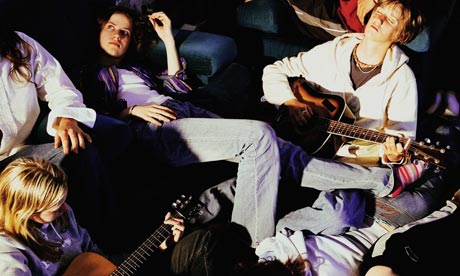 Music was always a co-operative business, happening not so much in the black economy but in the mutual one, where friends help out friends and no one takes too much notice of who owes whom. And the range of new websites and ideas about how music can work – in an age when the music industry as we have known it in recent decades is collapsing – recognise this need to keep some track of reciprocity. Websites such as favors.org or sliversoftime.com, and new kinds of local currency – from Berkshares or brixtonpound.org – are the tip of a giant iceberg of an exchange-based economy that encompasses all the things that people do for each other without money changing hands in conventional ways. But most relevant to musicians could turn out to be time banks, an American idea that is growing rapidly in the UK, and which rebuilds a sense of community and trust by providing people with mutual support. Musicians are often brought into time banks, or become members of their own volition. They are sometimes paid for their services in old-fashioned money, if they are doing major training sessions, but often they are paid in time, which gives them the right to some other kind of support in return, should they ever need it. There is a great deal of music going on in time banks, and for similar reasons, a great deal of poetry – because people have an overwhelming urge to be creative. Time banks are not primarily about music, of course. They are adapted to tackling different challenges, often through getting people engaged in solving problems when none of the usual strategies seem to work. There are time banks in prisons to keep prisoners in touch with the outside world. There are time banks – especially in Washington DC, in the youth justice system – that pay teenagers to sit on juries trying other teenagers (they use their time credits to buy computers). What time banks also do is encourage a huge increase in volunteering. Not by the usual middle-class people who always do these things, but by the people who are usually the subjects of the volunteers’ work. As long as these systems are kept local, time banks encourage people out of their shells. They make things happen, just like money does, but without the complications that financial obligation can bring. In the innovative NHS time banks in Rushey Green and Paxton Green in south London, music plays a huge role because the more people are involved in music, the healthier they stay – it isn’t an automatic antidote to depression, but it can certainly help isolation. The Paxton Green time bank recently took on a guitarist who is training other members to teach guitar through the time bank, too – a kind of musical cascade effect. There is at least one online music time bank, just for musicians sharing skills with each other, but it may be that the time bank idea could go further into the music world. Imagine that, instead of being able to download tracks for free, you got charged for doing it. Not in money, but in time. Imagine that, every time you pressed download, you got a gentle reminder that you now owed 10 minutes’ support to your local neighbourhood – giving lifts, teaching young people, shopping for old people, or, indeed, making music. No law on earth could enforce it – and we wouldn’t want to live somewhere where it could be enforced. But there would be a moral injunction, and perhaps also a copy of the reminder sent to the local time bank. It makes a small difference to the business of issuing music free into the ether. You won’t make any more money this way, but you might create a debt that can make things happen.

This site uses Akismet to reduce spam. Learn how your comment data is processed.